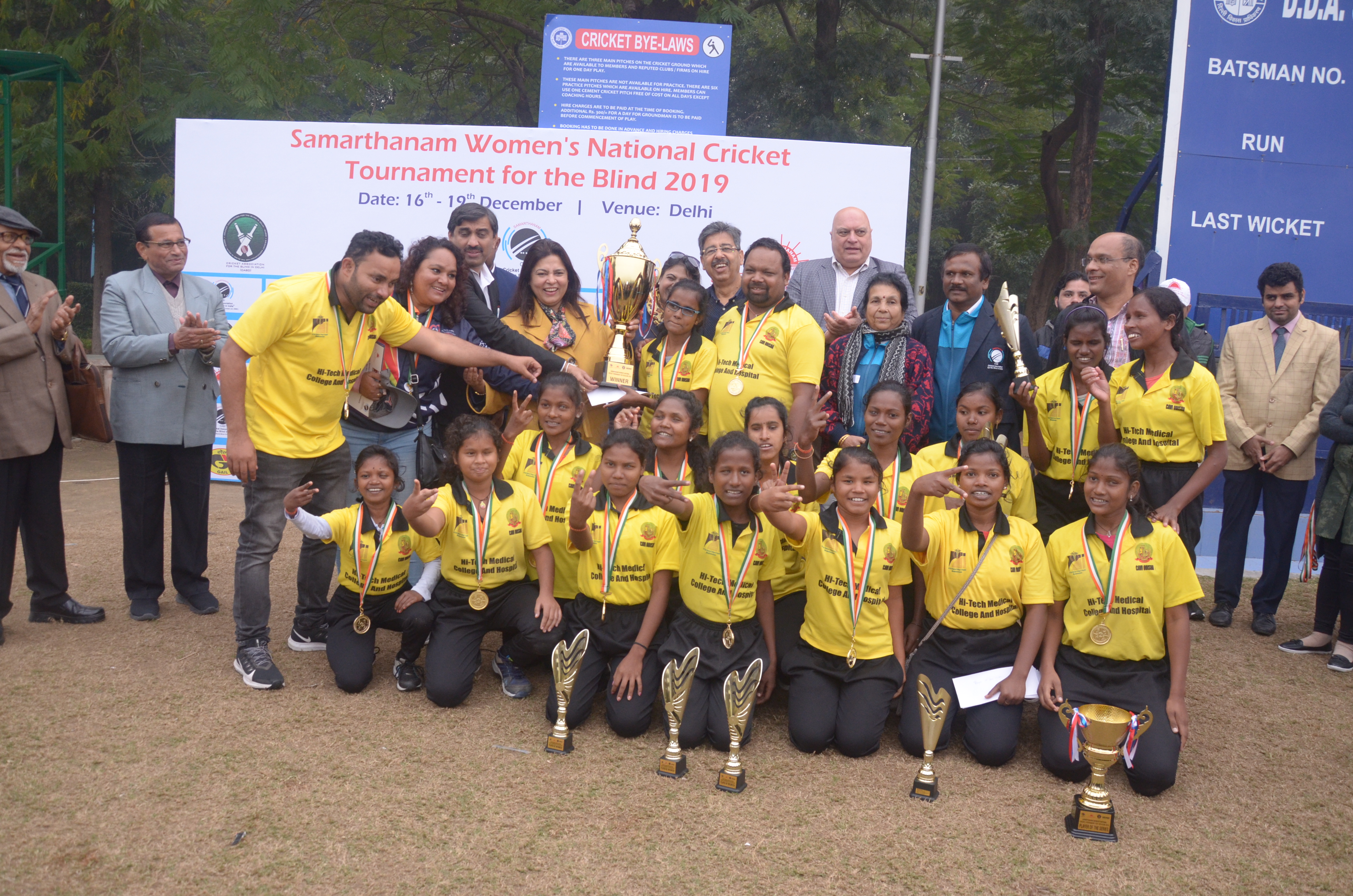 Odisha emerged as the champions of the first-ever Women’s National T-20 Tournament for Blind after registering a comprehensive 87-run victory over Karnataka in the final at DDA Sports Complex Siri Fort.

Odisha, after putting a huge total of 218-8 in 20 overs restricted opponents to meagre total of 131-8 in 20 overs during the chase.
Captain Lina Swain (B2) and Padmini Tudu (B1) was adjudged with the Player of the Match award for their brilliant effort in the batting as well as in fielding. Padmini chipped in with a crucial 16 runs while, skipper, Lina scored important 33 runs to rescue her team out of initial struggle and then played a crucial role in running out two opposition batswomen.

“I am very happy to play an important role in winning the title for our team. It was a great tournament for us, we enjoyed a lot. I thank Cricket Association for the Blind in India for introducing this competition. This tournament provided us platform to showcase our talent,” elated Lina said after the match.

Karnataka’s Varsha U (B1), Odisha’s Basanti Hasda (B2) and Jharkhand skipper Geeta Mahto (B3) were awarded with Player of the Series.

Earlier, electing to bat, Odisha batters continued their dominance and posted fourth 200-plus total in as many matches of this tournament. Despite losing both the in-form openers, Basanti Hasda and Manu Purty, in the very first two deliveries of the match, Odisha recovered well to post massive total, thanks to Phula Soren and Lina. Phula scored 39 runs of 27 balls while Lina struck 35-ball 33 and provided much needed stability to Odisha’s innings.

For Karnataka Varsha U claimed two wickets in four overs. In reply, Renuka Rajput (25 runs off 27 balls) and Jayalakshmi B (30 runs off 33 balls) laid the foundation of Karnataka’s run-chase with 66-run opening partnership. However, post Renuka and Jayalakshmi’s departure, other batswomen failed to maintain the momentum.

The winning trophy was given by Chief Guest and Member of Parliament, Smt. Meenakshi Lekhi alongside and other dignitaries including renowned journalist, Rajdeep Sardesai (India Today) and HP Singh (GGM, Head – Coordination, ONGC)
“I am thrilled to meet all these young women. Whatever the field women’s participation cannot be ignored. Watching these girls play with such enthusiasm was a delight. I want to wish the winners and all the participants good luck for the future. They should continue to encourage more girls to play,” said the MP from New Delhi.