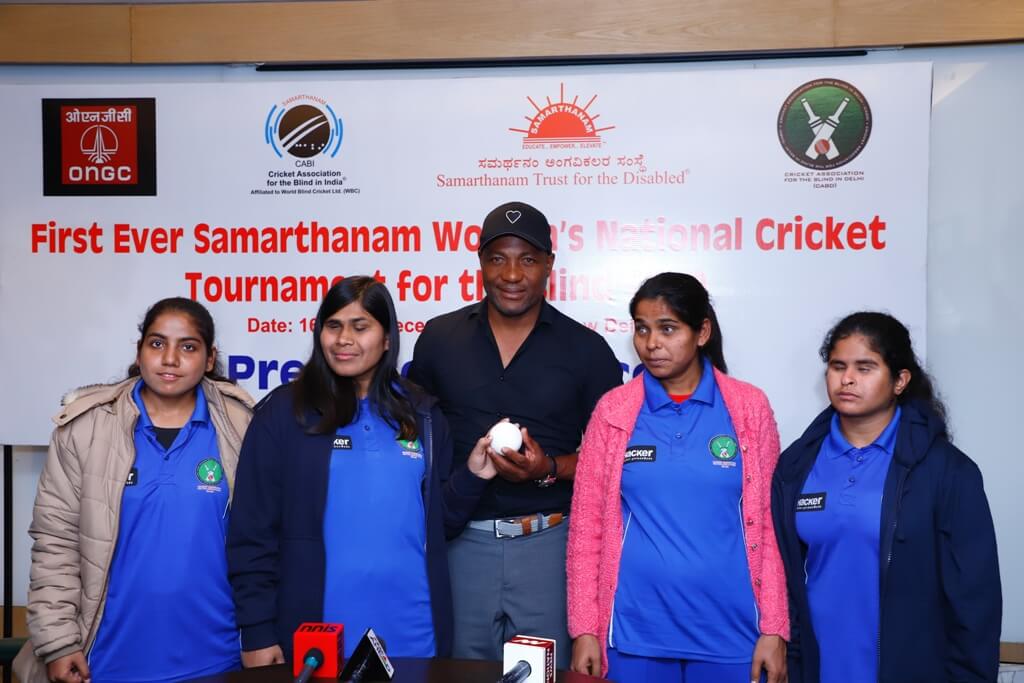 Legendary West Indian Cricketer Brian Lara was at the press conference to launch the tournament and he had the following to say. “Disability should not be a considered a hindrance to achieving one’s goals. I thoroughly appreciate this fantastic initiative taken by CABI and Samarthanam Trust in India and I am convinced that if such strong stakeholders come together around the world, then there is no reason why blind cricket will not see a growth world over. Such competitions will also provide a platform to such talented women and empower them.”