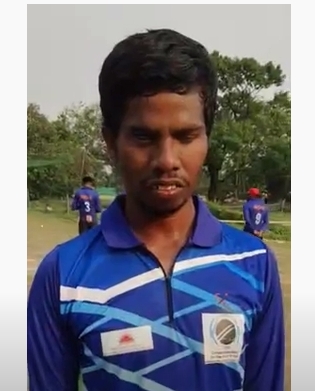 The Indian Cricket team ended the sixth day of the coaching camp and Mr John David- General Secretary of CABI was present during the practice to guide the players. Mr. Vikash Singh from Annex College (Center for Management and IT Education- Genius Kids) interacted with the players and encouraged the players to give their best in the upcoming T20 Tri- Nation Tournament in Bangladesh. CABI (Cricket Association for the Blind in India) wishes to introduce Mr. Sujit Munda on his maiden callup to the Indian team and he shared his happiness to represent India with the players during the coaching camp. Let’s take some time to listen Mr. Sujit Munda who has worked hard and achieved his dream facing all hardships over the years. Keep connected with us for more updates on coaching camp from Kolkata.