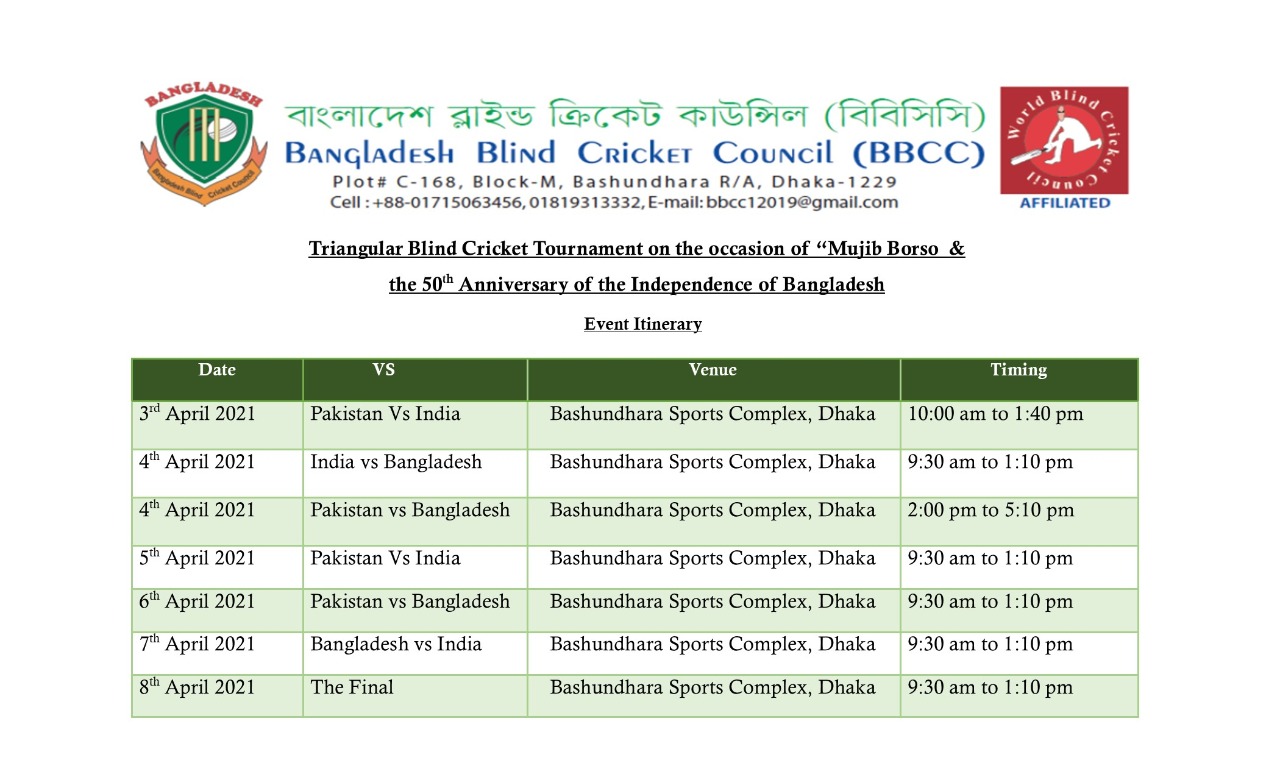 CABI Announces the Indian Squad for the Upcoming Tri-Nation Series In Dhaka, Bangladesh
The Bangladesh Blind Cricket Council (BBCC), an affiliated organization of the World Blind Cricket Ltd. (WBC) is organizing a Tri-Nation Blind T- 20 Cricket Tournament from 02- 08, April 2021 in Dhaka on the occasion of the ‘Birth Centenary of the Father of the Nation -Bangabandhu Sheikh Mujibur Rehman’ – “Mujib Barsho” and the 50th Independence Anniversary of Bangladesh.
India, Pakistan and the host Bangladesh teams will be taking part in the Tri-Nation Blind Cricket Tournament. This will be the first International tournament for the Blind since Covid -19 and the teams will follow all the terms and conditions along with the COVID -19 guidelines.
The Indian team is selected by the selection committee of CABI and the chairman of the selection committee Mr John David has confidently expressed that the best team is being selected and the team will perform it’s best as the world champions. Mr Mahantesh G K the President of CABI feels that it is a historical tournament and wishes the best to The Bangladesh Blind Cricket Council (BBCC)as they organize their first International Tournament. He is pleased with the team selection and has conveyed his best wishes to the entire team.
The selected Indian team is being represented by players from 09 states of India. Following would be the list of the selected players who will be representing India in the Tri-Nation Series at Dhaka, Bangladesh.