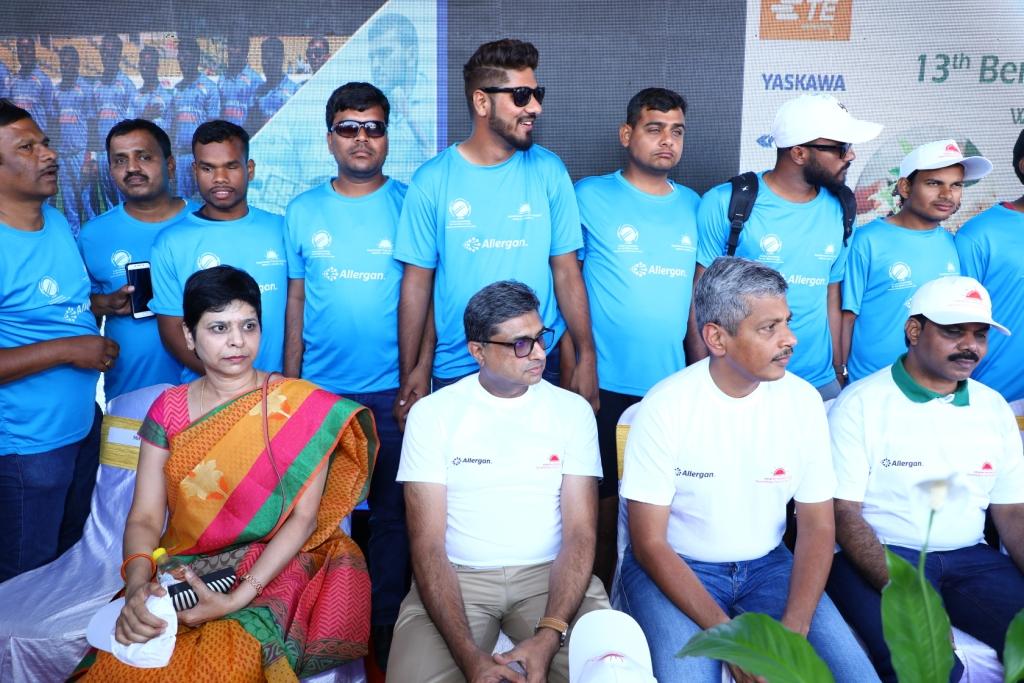 Karnataka came out as comfortable victors against hosts Uttar Pradesh in the last game of the Lucknow leg of IndusInd Bank Nagesh trophy. In a game reduced to 15 overs, Uttar Pradesh won the toss and opted to bat first. But they were made to regret their decision as they lost a wicket in the very first over. From then on they could never get out of second gear as they finished with just 82 runs on the board losing nine wickets. The Karnataka fielding was on full display as they affected as many as four runouts.

Chasing a small target Karnataka did stutter in the beginning as they lost two quick wickets. But once again last match’s hero Lokesh starred with the bat by scoring an unbeaten 44 as Karnataka won the game by a comfortable margin of eight wickets. The presentation ceremony was attend by Shri Sanjay Tripathi, DRM Northern Railyway, Ms Veena Verma, ADRM Northern Railway, Mrs. Garima Choudhary, President Uttar Pradesh Cricket Association for the Blind (UPCAB) and Mr. John David, General Secretary, Cricket Association for the Blind in India ( CABI). The action next moves west as the games begin in Pune from tomorrow.

Man of the match : Lokesh