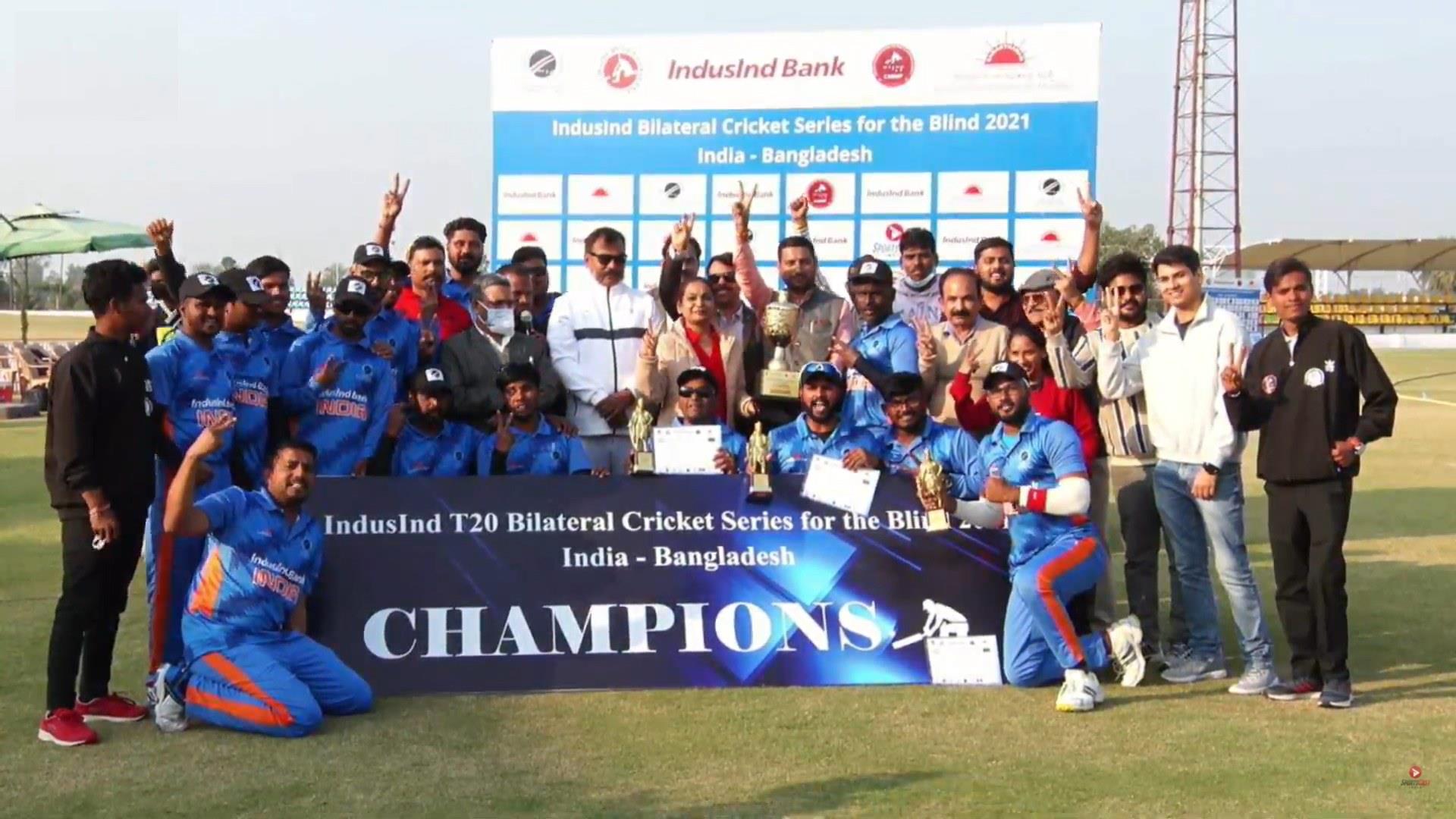 Indian Blind Cricket Team won the series with 3 -0 against Bangladesh in the IndusInd Bilateral Cricket Series for the Blind 2021. Bangladesh won the toss and elected to bat. India started well with the bowling and this helped India to restrict Bangladesh for 132 for the loss of 8 wickets in 20 overs. Chasing the Target India lost wickets early but the partnership between Deepak Malik, Nakul Badanayaka and D Venkateshwara Rao helped India to chase the target in 15.1 overs for the loss of 6 wickets. Md Asmot Ali was declared the Man of the Match for his outstanding bowling. He received a cash prize of INR 5000/- along with a Trophy and certificate

Shri Dr G R Meena – Additional D G was the Chief Guest for the valedictory function of the first ever IndusInd T20 Bilateral Series for the Blind 2021 along with officials from Cricket Association for the Blind and CABMP.

Prakash Jayaramiah – B3 Category – India were declared the Man of the Series for their outstanding performances during the T20 Series. They were awarded a cash prize of INR 10000/- along with Trophies and Certificates.

Sunil Ramesh was delighted to win his first International T20 Series as the Captain of the Indian Team. He appreciated the Teams performance and congratulated the Bangladesh Team for the wonderful game of cricket. Mr E John David – General Secretary of Cricket Association for the Blind in India gave away the prizes at the distribution ceremony and proposed the Vote of thanks.